Kristina Somerville
607
You need about 4 min. to read this article. 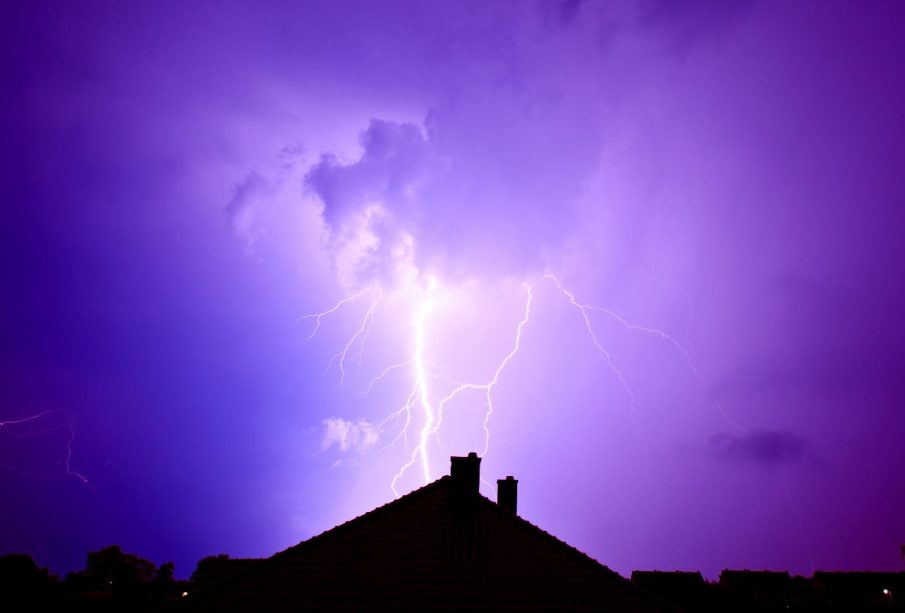 According to the construction law, owners of small houses are not obliged to have a lightning protection system. However, it is worth thinking about this type of investment. Thanks to it single-family houses can be effectively protected against lightning.

What is an effective protection of a house against lightning?

Single-family houses can be protected against lightning in two ways. First of all, a traditional lightning protection system or a so-called active system is used. These solutions differ in terms of aesthetics and effectiveness. Traditional installation allows us to determine the location of lightning rods

Firstly, protection zones are determined by the shielding angle rule, as well as the rolling sphere and the dimensioning of the mesh of the lightning arrester grid. Protruding metal roofing elements are connected to the so-called short-circuits. They include antenna masts and chimneys – they are the most frequently hit by lightning

The situation is more complicated in the case of roofs made of metal sheets, which in Poland are very universal and commonly used. On these roofs, in turn, the so-called horizontal ground fuses are installed. However, the thickness of the roof can not be less than 0.5 mm. This is independent of the type of roofing material used according to PN-IEC 61024-1 standards. To make a lightning protection system, galvanized steel is used, as well as aluminum and copper.

It is mounted on the house wall on very aesthetic looking brackets. In contrast to the grid used in traditional lightning protection, here the whole is reduced to a single element. However, the effectiveness of the protection is maintained. We can even say that it is greater than in traditional installations. Not only the roof of the building is protected, but also TV antennas, as well as decorative accessories on the roof, such as metal cornices

Thanks to the active system, the current has a much shorter path between the lightning conductor head and the ground. Thus, the fire hazard is reduced. The active system also minimizes dangerous voltages in electrical conductors. These can be particularly dangerous for residents who are in a building struck by lightning.

A very important element in a modern lightning protection system is the so-called pin earthing. Thanks to it, made grounding is very durable, and also we do not have to make excavations in the area around the house. In the case of ordering a traditional system are unfortunately necessary

For modern lightning protection systems galvanized steel is also used, as well as aluminum and copper.

Why is it important to have lightning protection at home?

Lightning arresters, a system of protection of electrical installations against lightning, consist of three stages. The first is installed at the connectors, right next to the main switchboard. This suppresses the so-called surge waves.

The second stage is placed only on the main switchgear. It reduces the value to an amount that will be safe for the third stage arresters. Thanks to the signaling placed in them, we know exactly if the protective insert is damaged and, if necessary, we can quickly replace it

The third stage is a protector that is located at given electrical devices that are particularly valuable to us. It can be a router or a TV set. Thanks to it, surges are suppressed and their value is reduced to one that will be completely safe for the device. They can be placed in a box under the plaster so that they are completely invisible. They are also used in the power cord or in the splitter

Closet in the bedroom – yes or no?